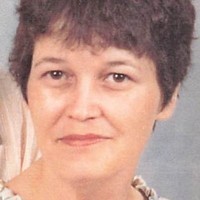 Shirley A. Johll, 77, of Dubuque, died Thursday, January 16, 2020, at the MercyOne Dubuque Medical Center in Dubuque.

The Funeral Service for Mrs. Johll will be 10:00 AM Tuesday, January 21, 2020, at Hoffmann Schneider & Kitchen Funeral Home & Cremation Service with Deacon Mike Ellis as the officiant. Burial will be in Linwood Cemetery in Dubuque.

Shirley was born August 15, 1942, in Beetown, WI, the daughter of Burdette and Hazel Burrows Rennison. On April 4, 1959, she married David J. Johll in Sacred Heart Catholic Church in Dubuque. He died on December 13, 2000.

She retired after 40 plus years at Flexsteel Industries.

She was a member of Resurrection Church, Fraternal Order of Eagles Club Aerie 568 serving as past president. She was an avid Packers and Cubs fan and in her younger years, she loved to read books. Shirley loved her daschunds Cricket and Candy.

Besides her husband, she was preceded in death by her parents, two grandsons, Josiah Withington and Travis Johll, and two brothers, Roger Rennison and Edward Rennison.

The family thanks Stonehill Care Center staff for their care of Mom.