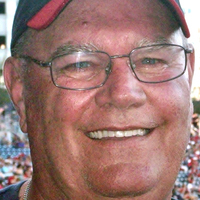 Michael Patrick Kelly, 66, of Dubuque, peacefully passed away on Sunday, January 5, 2020, at his home.

The Mass of Christian Burial for Mike will be 10:30 AM Friday, January 10, 2020, at Church of the Resurrection with Rev. Father Phil Gibbs as the Celebrant. Burial will be in Mount Calvary Cemetery in Dubuque.

Mike was born March 17, 1953 in Dubuque, the son of William and Irene Schulte Kelly. He was united in marriage to Rita K. Green on September 14, 1974 at Holy Trinity Catholic Church in Dubuque.

Mike was a wonderful and caring husband and father. He was also the proud grandfather to Kathryn, Deklyn, Elly, and Keegan. Mike's greatest thrill was chasing his granddaughters around. He was the official scorekeeper and bench coach of the Asbury Pumas Softball Team and always had candy for his team when they came into the dugout.

Mike served on the NICC Building Trades Advisory Board and Asbury Building Commission.

He was preceded in death by his parents, and grandfather, James Kelly.