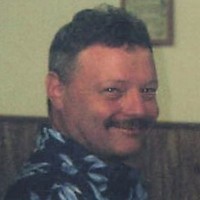 A celebration of his life will be held at a later date.

In 2013, after working very hard to get it, he had received his GED.

Rodney loved working on model cars, adult coloring books, and making people laugh. He was an avid Chicago Cubs and Bears fan and was a river rat.

He was preceded in death by his parents, all four grandparents, Clyde and Virgie, and Earl and Rosie Hodges, two sisters, two nieces, and his mother-in-law, Sheila Blakeman.

Special thanks to the 4th floor nurses and staff of Mercy One and Shirley of Hospice of Dubuque for all the love and care they gave Rodney and Tammy.