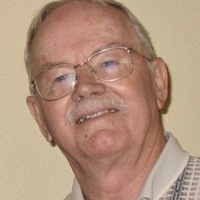 He was a U.S. Navy Veteran, serving during the Korean War on the USS Philippine Sea.  Following his military service, he was an elementary school teacher in Minnesota and California. After his wife’s death, he moved from California to Dubuque in 2006 to be closer to his son, Michael. He was a running back in college, a former high school football coach, and an avid Minnesota Vikings fan.

Survivors include one son, Michael (Julia) Omarzu of Dubuque, one brother, Allan (Barbara) Omarzu, and one sister, Dolly Tomonovich of Virginia, Minnesota.

Besides his wife, he was preceded in death by his parents, one brother, Jack, and one sister, Sally.

The family would like to thank the cardiology department at MercyOne Dubuque Medical Center for their exceptional care.