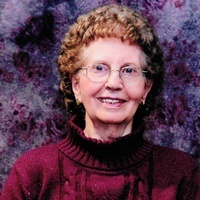 Friends and relatives of Imelda may call from 2 to 8 p.m., Thursday, January 3, 2019 at the Reiff Funeral Home in Cascade, Iowa where a wake service will be held at 1:30 p.m.   Friends may also call after 9 a.m., Friday at the funeral home.

Imelda was born July 20, 1928 in Cascade, Iowa, daughter of John M. and Elizabeth (Curtis) Kedley. She graduated from St. Martin’s High School in 1947. On November 25, 1947, she was united in marriage to William Beringer at St. Martin’s Catholic Church in Cascade where they remained married for 66 years until her husband’s death in 2014. Together they farmed their entire lives with the first 10 years of marriage in the Fillmore/Bernard rural areas, and then moving to Cascade where they purchased their family farm for the remaining years of their marriage.

Imelda was a very spiritual person, she believed in the power of prayer, and divine intervention. She would often quote to her children the Irish Catholic Priest Patrick Peyton quote “the family that prays together stays together”. Her greatest joy was spending time with her husband, children, grandchildren, and great grandchildren and their many family gatherings.

She was a member of St. Mathias Parish, the Cascade Catholic Daughters of the America’s-Our Blessed Mother Court #1926 and the Cascade Senior Citizen’s. She enjoyed playing cards with her neighborhood friends for over 50 years.

The family would like to thank Shady Rest Care Center and Hospice of Dubuque for their wonderful care of Imelda, and a special thanks to Fr. Loecke for all his care and support.

A Imelda M. Beringer memorial fund has been established.

Online condolences may be sent to the family at www.reifffuneralhomeinc.com