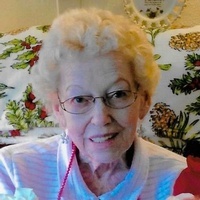 Doloris M. Bertling, 88, of Monticello and formerly of Cascade passed away Friday, November 16, 2018 at the Shady Rest Care Center in Cascade, Iowa.

The family will greet friends and relatives after 9:30 a.m., Wednesday, November 21, 2018 at St, Martin’s Catholic Church in Cascade, Iowa where a Memorial service will be held at 10:30 am. Reverend Monsignor Jim Miller will officiate. The Reiff Funeral Home of Cascade, Iowa is is charge of arrangement.  Burial will be held in Calvary Cemetery in Cascade, Iowa, with military honors afforded by the Cascade American Legion Post #528.

Doloris was born July 7, 1930 along with her twin sister Doris, the daughter of Ted and Mabel Rieniets, of Monticello, Iowa. After growing up on the family farm and graduating from Monticello High School, Doloris entered the military and served in the Women’s Army Corps from 1949-52. Staff Sergeant Rieniets served in post World War II Germany from the period of reconstruction, the Korean War and the start of the Cold War.

On May 1, 1981 she was united in marriage to Milton Bertling.

In retirement she loved making a variety of wood crafts with husband Milton and participating in countless area craft shows. She had a great love of flowers; creating beautiful flower gardens that she tended to with great care. She always had time for a good game of cards, a fun casino trip, putting together puzzles and visiting family and friends. Doloris is the proud mother of six children, Ted (Suki), Nancy, William (Teresa), Cheri, Allen (Kim) and Tami. Grandmother to six wonderful grandchildren (Brian, Eric, Jacob, Andrianne, Jason and Austin). Great grandmother to six lovely great grandchildren (Avery, Peyton, Connor, Charlotte, Eddie and Ellie.

Condolences may be left for the family at www.reifffuneralhomeinc.com.